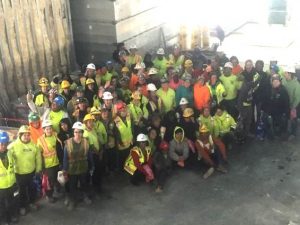 BOSTON, MA – Women, a historically underrepresented group in the building trades workforce, now comprise 10% of all union building trade apprentices in Massachusetts. This is among the highest figures in the country, tripling the national average and representing a two-fold increase since 2012.

The new figures were released just days ahead of International Women’s Day on March 8 and National Women in Construction Week, which runs from March 7-13.

The significant increase in tradeswomen’s participation is due in large part to the strategic efforts of a powerful coalition of labor leaders, including the Massachusetts Building Trades Council, the Metropolitan Building & Construction Building Trades Council (MetroBTC), the North Atlantic States Regional Council of Carpenters, Building Pathways Boston, and the Policy Group on Tradeswomen’s Issues. For the past decade, these groups have prioritized increasing gender diversity in the union trades workforce, and backed initiatives to ensure that Massachusetts is a nationally-recognized leader in the movement to employ women in the trades. In 2017, these partners worked in collaboration with the Massachusetts Gaming Commission to launch the Northeast Center for Tradeswomen’s Equity (NCTE), a Massachusetts-based nonprofit dedicated to helping women find careers in the union building trades.

“Reaching 10% women in apprenticeships is a huge accomplishment,” said Liz Skidmore, NCTE President, and Business Representative and Organizer with the North Atlantic States Regional Council of Carpenters. “It represents amazing progress in increasing the supply of diverse tradespeople here in MA. Meeting this milestone right now, in the midst of the pandemic, shows that we not only recruited new women but also retained female apprentices during this incredibly challenging time.”

NCTE’s flagship outreach campaign, Build A Life That Works, invites women to explore careers in the union building trades as viable paths to equal pay for equal work, excellent benefits, and a better future. Featuring local tradeswomen, the campaign highlights real stories about real tradeswomen, now enjoying homeownership, quality time with their families, travel, and many more life moments and experiences, made possible with a career in construction. 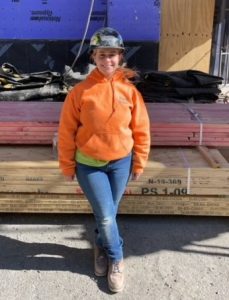 “Throughout the pandemic, Build A Life That Works has continued to guide career seekers through the process of obtaining a union apprenticeship,” said Kate Leon, NCTE Program Director.

“I am grateful to be employed during COVID, and I hope to seize the opportunities sent my way to learn my trade and become a well-rounded Carpenter,” Angela said. 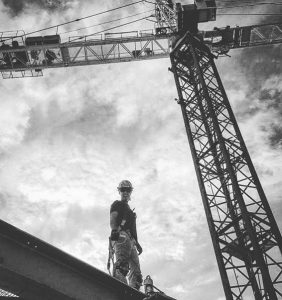 “We are exceedingly proud of the strides we have made towards gender equity in the workforce here in Boston,” said Brian Doherty of MetroBTC. “10% is a great start, but there is still work to do. The building trades that have provided for so many Boston families over the years should be accessible to all. We need to maximize the opportunities for women and people of color to start family-sustaining careers in the building trades.” 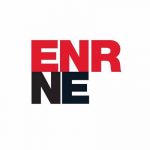 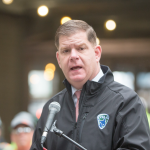