In the HBO drama The Sopranos, crime boss Tony Soprano sneaks through a maze of storefronts to meet with his therapist. The last thing he wants is for his mob family to know he is seeing a shrink. That would be a sign of weakness in his macho culture.

“That male culture is still there in our industry,” says Francis Callahan, a labor leader and educator for building trade unions in Massachusetts.

To be absolutely clear, Callahan is neither a mob boss nor a TV actor. He is part of the senior leadership of Massachusetts AFL-CIO, serving as president of the 75,000 member Building Trades Council. But Callahan has seen firsthand how opioids have led to addictions and then to post-injury mental health issues for many workers.

“It’s a culture of toughness, in a word, a lot of testosterone,” he says. “We don’t like talking about our feelings a lot, so it’s that stigma with mental health.”

With many musculoskeletal injuries treated with pain medications, workers can still show up on the job. “You can still work. It’s not like a broken leg or a broken arm, you can still go to work, work through the pain. The nature of the industry is also if you don’t work, you don’t get paid,” he explained at this year’s Workers Compensation Research Institute’s annual conference.

Workers’ compensation pays only 60 percent of a worker’s pay in Massachusetts. “You can make a lot more than that if you’re willing to take a pain medication and soldier on,” he said.

There are other incentives to solider on. Workers not working may lose pension credits and health insurance. “So you lose a lot, even on workers’ comp, so you’re more likely to tough it out,” Callahan said.

Callahan’s experience with workers for whom what began as a work injury leads to mental health issues is supported by the research of Dr. Les Boden, professor of Environmental Medicine at Boston University School of Public Health that he shared in detail at the WCRI conference.

Boden’s research is focused on the economic and human consequences of injuries. He has served as a consultant for governmental agencies and he’s currently the chair of the workers’ compensation study panel of the National Academy of Social Insurance.

Boden’s work shows that for many workers, the effects of injuries do not end when the physical harm is healed and they get back to their jobs. In some cases, the effects can be deep and long-term and affect mortality.

“I’ve found out that many workers have effects on their earnings that last long past the time that they’re no longer on workers’ compensation,” he said. “I’ve also discovered that lots of workers who’ve had workplace injuries end up on Social Security and disability insurance, many more than the Social Security Administration thinks are there.”

He has also learned that workers who suffer lost time injuries may actually die earlier than others in similar situations.

Boden’s research team began 20 years ago following 100,000 workers in New Mexico after they were injured. The initial findings confirmed that workers with lost time injuries die sooner. In terms of overall mortality, there was “considerably a higher rate of death among people who had lost time injuries than people who only had medical only injuries.”

The study looked at causes of death, recognizing that the opioid epidemic began during the period these workers were injured. He found that there was a substantial increase among those with lost time injuries in both drug related death and suicide deaths as a percentage of all the people in those categories.

Particularly among women, a lot of the suicide deaths were drug overdose deaths. For men, the percentage wasn’t as high. Boden said that’s because men tend to kill themselves with guns, and so drugs are not as important a cause.

“My conclusion here is that this is an important issue,” Boden said. “That people who are injured at work have an increased risk of both opioid dependence and depression, which is what eventually led people to die from suicide and to die from drug overdoses.”

He said two contributing factors are the limited access to mental health services for injured workers and the extent to which workers’ compensation does not always pay attention to depression issues that occur post injury.

“This is something I think that it’s time for all of us who are interested in occupational safety and health to take a closer look at, to prevent morbidity and mortality resulting from a workplace injury, but not directly from an injury, but indirectly from the mental health consequences,” he said.

According to the AFL-CIO leader Callahan, his union is addressing mental health issues with a program built on education, drug testing, a strong benefit plan with an employee assistance program, and peer-to-peer communication.

“We call each other brother and sister in the labor union, and there really is a family aspect to that camaraderie,” says Callahan. “If you’re more comfortable talking to, you know if you’re a carpenter you’re going to talk to a carpenter, or an electrician or an iron worker, it’s that camaraderie on the job,” he said.

Co-workers can reach out or a steward who sees that someone is having difficulty may ask if something is going on at home. And the worker can be directed to the right place for the confidential treatment they need, Callahan said.

Mary Christiansen, senior manager of the self-insured workers’ compensation program at Southern California Edison, advocates taking into account the employee’s life outside of work, as well as at work. She said her team recognizes that when people have injuries, there may be things happening in their lives that prevent them from recovering as quickly as they should or can. These may include depression, comorbidities, financial problems or family problems.

“We stepped back and we said, ‘What does the company have available to help these people, these injured peers, recover?’”

The program includes but goes beyond the employee assistance program to involve those handling wellness, benefits, financial services, health advocacy, even payroll. One result is a fact sheet with “hotlines” that claims reps can use to refer employees seeking help with specific issues.

“You need to listen to what they’re saying and try to understand what’s going on,” Christiansen said. She said overall workers’ comp claims costs are down in part due to this approach to the “whole” person.

There can be tension between insurers looking for evidence-based treatments and professionals offering treatments for mental health issues. Dr. Kenneth Larsen, a clinical psychologist at the Department of Medicine at New England Baptist Hospital in Boston, a pioneering occupational health center, has 20-plus years of experience caring for injured workers. Much of his work has been with severe, acute and chronic trauma, using what he calls limbic-oriented approaches.

Whereas cognitive behavioral therapies deal with talking about thoughts, ideas and values, the limbic approach works to quiet down the parts of the brain that trigger anxiety, anger, rage and sensations that affect functioning.

Larsen explains that patients with post-traumatic stress have memories that are like “movies going on in their head that they can’t stop” and that prevent them from going back to work. They often feel that they’ve lost their abilities and they’re very anxious. “They’re breathing up in their throat, their chest is tight, their neck is tight throughout the day; they’re getting just locked down,” he said.

Just talking about it reinforces the memory. Instead, Larsen concentrates on quieting down the alarm center by teaching them how to breathe deeply down into their abdomen. Once the patient is calmed, it becomes possible to begin talking about coping, the future, hopes and dreams. “But if they’re anxious and out of sorts, then you can never get through to that spot,” he said.

Larsen forges an alliance with patients, getting them to “understand that the wisdom is in their own body” and then to gently get them to take more control of their lives. He said that if limbic treatment begins early, they can be back to work “very quickly.” Limbic therapies can take a long time, as many as 15 to 20 sessions. But he has developed a way to do this in three sessions and has treated almost 450 patients with his method.

His treatment requires working closely with surgeons, pain specialists and case managers from workers’ comp insurers or ancillary companies. “They’re the gold in this industry,” he says of case managers. With a workers’ comp nurse attached to a case, you’re going to have a better, faster outcome, he says. “But everyone has to talk to each other.” 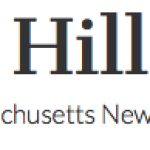