Seth Moulton for Re-Election to US Congress 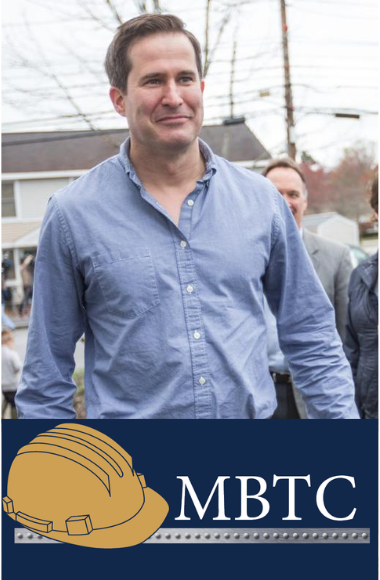 The Council is the largest construction labor group in Massachusetts, comprised of over 74 member locals and representing over 75,000 construction workers

“Seth Moulton has spent the last six years in Congress working on the issues that are important to the men and women in the building trades,” said Frank Callahan, President of the Massachusetts Building Trades Council.  “He co-sponsored infrastructure legislation to rebuild our crumbling roads and bridges and put people back to work.  He supports real pension reform that will protect the pensions our members have contributed to and rely on for a secure retirement.  He co-sponsored the Pro Act to protect workers right to join a union. And he has earned a 97% AFL-CIO Labor Voting record for support of legislation favorable to workers.”

“We deserve a Congress that fights for working people—for fairer pay, for the right to organize, for more housing that creates more jobs in the skilled trades, and for a Congress that works as hard as the members of the building trades. I’m fighting for that every day, and I’m proud to have earned this endorsement,” Rep. Seth Moulton said.

Seth Moulton has worked hard on behalf of workers and the people of the 6th Congressional District.  We urge you to support him for re-election.