“As we look to the White House and Congress to move on infrastructure, NABTU’s skilled craft professionals are the key players in any sustainable plan that moves forward. The numbers in DoL’s latest report only proves what we have long known – the Building Trades commitment to building partnerships with business, industry and community leaders is creating sustained pathways for skilled craft professionals and their families to thrive in America’s middle class.

“NABTU’s unparalleled apprenticeship training and education model ensures our graduates are more than prepared to rebuild America’s crumbling infrastructure. And with our unions gaining more than 63,000 members in 2017 alone – which continues a five-year trend encompassing a cumulative gain of approximately 300,000 new members in that span – it is safe to say that people are getting that message.

“Bottom line: NABTU’s commitment to empowering the middle class by connecting hardworking Americans to our self-funded apprenticeship training programs and, thereby, viable careers in the construction industry has always been our driving force. We hope communities large and small are aware of the opportunities that await them should they join our ranks, and the DoL report is clear evidence that we are moving in the right direction.”

North America’s Building Trades Unions is an alliance of 14 national and international unions in the building and construction industry that collectively represent over 3 million skilled craft professionals in the United States and Canada. Each year, our unions and our signatory contractor partners invest over $1 billion in private sector money to fund and operate over 1,900 apprenticeship training and education facilities across North America that produce the safest, most highly trained, and productive skilled craft workers found anywhere in the world. 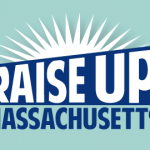 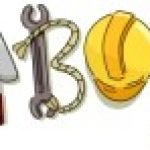 I Am A Building Tradesman by Peter TerzickBlog