The governor’s office should be transparent about what qualifies businesses as essential and safe enough to operate during the outbreak.

In New York, Governor Andrew Cuomo kept it simple. After initially allowing construction to continue during the coronavirus outbreak, on March 27 he shut down all nonessential construction — and defined “essential” work as construction on roads, bridges, transit facilities, utilities, hospitals, or health care facilities, affordable housing, and homeless shelters.

“Sites that cannot maintain distance and safety best practice must close and enforcement will be provided by the state,” reads Cuomo’s executive order, which specifies fines up to $10,000 per violation.

Deciding whether a business is a risk to public health is a matter of science. Deciding whether a business is so essential that it must go on regardless of the risk is a value judgment being made by governors across the country as they seek to slow the spread of COVID-19. But when it comes to business activities not as obviously critical to serving basic needs as food, medicine, shelter, transportation, health care, trash collection, news, and electricity the question of what’s essential and how much risk can be tolerated gets murky.

The definition of what is essential has been a work in progress, with state and local authorities shifting gears, businesses lobbying to be included on the list, and workers in businesses from marijuana-growing to aircraft-manufacturing wondering what’s so critical that they need to take the risk of leaving home. It would be best if political leaders publicly stated their rationale for such designations, and for any changes, to earn and maintain the public’s trust.

In Massachusetts, the construction industry has been caught up in a heated debate over whether the public health risk at job sites is so great that most construction projects should be considered nonessential and therefore shut down. Mixed messages from Governor Charlie Baker regarding construction raise questions about what criteria he is using for this industry as well as others.

On March 23, when Baker first issued a list of “essential” businesses and workers, a document based on federal guidelines that call “workers supporting the construction of housing” essential, he included all construction and construction workers. The Baker administration followed that executive order with a March 25 letter from chief legal counsel Robert C. Ross, informing mayors that Baker’s order superseded any construction restrictions they had imposed. The letter seemed aimed at overturning a freeze on Boston construction projects put in place on March 16 by Mayor Martin J. Walsh.

Walsh — a labor ally and former head of the Building Trades Council — fired back with a statement saying the Boston building ban would stay in place “until further notice.” Cambridge and Somerville officials also said they were standing by their own construction restrictions.

Then local labor leaders got into the act and called on Baker to halt all construction. In a letter to the governor, the Massachusetts Building Trades Council, which represents 75,000 union workers across the state, called for a statewide shutdown, with exceptions for emergency — and here comes that phrase again — “essential work.”

In response, Baker narrowed the list of construction projects that can be considered essential and issued supplemental safety and municipal enforcement guidelines.

Construction workers are not alone in arguing their health should be the priority. But unlike other workers, they have the benefit of powerful lobbying efforts behind them. Although the head of the building trades in Rhode Island said “construction is unique in that we don’t crowd together too often,” labor leaders in Massachusetts say on-the-job social distancing is difficult if not impossible because of the number of workers and the tasks involved. Habits like sharing water bottles also need to be broken; likewise, hand-washing must be enforced at portable toilets. The guidelines issued by Baker call for training and enforcement by local boards of health, which could prove impossible in the midst of this crisis, which is burdening their resources.

That Baker initially issued the “essential” designation to all construction and construction workers, without exceptions, and changed it after pushback from Walsh, the Massachusetts Building Trades Council and even some building contractors, architects, and engineers, underscores that the state needs to be more transparent about just what criteria it is using to deem certain activities essential. The governor should articulate the case both from the public health point of view and the perspective of the public need for the services.

Baker was also too slow to recognize the realities of the construction business and overstepped in preventing municipalities from using their own discretion. He erred on the side of keeping such sites running at a time when social distancing is the best strategy at states’ disposal to flatten the curve of the epidemic.

These are extraordinary times, and state and local leaders are navigating uncharted terrain without enough federal support; they will be imperfect. Yet it’s clear that state regulations should have been stricter from the start here in Massachusetts, and that other governors who are even further behind the curve, like Rhode Island’s Gina Raimondo and New Hampshire’s Chris Sununu, also need to tighten their rules. The presumption everywhere should be that businesses stay closed, with the burden on them to demonstrate why they should open up. State leaders must be more stringent, and more transparent when making exceptions to rules that protect public health. 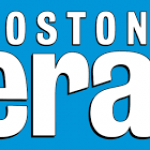