“Left unchecked and under-enforced, the illegal practice of stealing workers’ wages has become a business-as-usual activity in every corner of the Commonwealth. Without sufficient resources to investigate violations and bring bad actors to justice, law enforcement has struggled to keep up, and we’re now in a full-blown crisis. In Massachusetts alone, $700 million is stolen from hard-working men and women each year. Gov. Charlie Baker’s proposed budget includes funding for additional wage enforcement staff for the attorney general’s office and it’s essential that the House and Senate include this funding in their proposals.

When most of us think of thieves, we picture people who wear masks, hold up banks, smash and grab diamonds, or devise a complicated financial pyramid scheme to illegally obtain millions. But these thieves are different. They’re deadbeat employers and their victims are hard-working people who live paycheck to paycheck by building houses, renovating bridges, installing heating and air conditioning systems, mowing lawns, and cleaning office buildings.

There are tens of thousands of wage theft cases across the Commonwealth every year because the bad guys know they can get away with it.  Although the problem of wage theft has increased, the number of wage inspectors over the past 25 years in the attorney general’s Fair Labor Division has steadily declined.  As a result, last year only $6.8 million was collected of the estimated $700 million stolen every year, that’s less than 1 percent.

The lack of enforcement staff hurts more than victimized workers; it hurts our state’s bottom-line.  In Boston alone, there were 1,849 complaints in 2017 but just 127 enforcement cases.  Statewide, the impact is even more severe: the inability to recoup stolen wages has resulted in a $13.5 million loss in annual tax revenue and a $280 million reduction in the gross domestic product. That’s money that could go to funding schools or repairing our crumbling transit system.

The good news is that this crime spree can be stopped, and the money can be recovered. The Attorney General’s office just needs the resources and the staff to do it.

To turn the tide on this pervasive epidemic, and to ensure the Attorney General’s Office isn’t forced to fight criminals with one arm tied behind its back, Massachusetts’ Building Trades unions are urging state lawmakers to provide funding for four additional inspectors and two more attorneys. The estimated cost for this increase would be $596,964.

Some may suggest that in a state with multiple pressing revenue requests, wage enforcement just isn’t a budget priority.  Luckily, our proposal won’t cost the state a nickel.  Funds spent on wage enforcement more than pay for themselves in the form of taxes from recovered wages, and fines and penalties paid by the violators. Expanding wage enforcement personnel isn’t just the right thing to do, it’s an economically wise investment for taxpayers too.

In addition to this budget proposal, there’s also legislation that would provide the attorney general with greater authority to hold companies accountable, by having the power to hold lead contractors responsible for wage theft violations committed by their subcontractors. The bill would give the attorney general’s office the authority to shut down work sites until the violations are corrected. To do that, of course, we need more inspectors to investigate complaints and recover ill-gotten gains.

The bottom-line is that stealing wages from workers is criminal, immoral, and preventable, and there’s broad political support for increasing the number of investigators charged with cracking down on it.  Now it’s vital that the Legislature take the crucial step of providing additional resources in the state budget to ensure the attorney general’s office has the tools and people power to do it.

Frank Callahan is the president of the Massachusetts Building Trades Council, which represents 75,000 skilled craft professionals across the state.”

We hope you will support the increased funding in the Governor’s Budget and co-sponsor the Wage Theft legislation, HD.3789, filed by Representative Dan Donahue and SD. 1464, filed by Senator Sal DiDomenico entitled An Act to prevent wage theft, promote employer accountability, and enhance public enforcement. 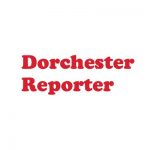 Op-Ed: Unions lead the way in closing the wage gap for people of colorBlog